Who’s your group of 10? This will be a super fun and amazing event to enjoy with friends. The Macdonald’s invite you for an unforgettable evening at their 60-acre venue, Lavender Oaks Farm! This lavender experience includes a private four course dinner in their century old historic barn featuring the earthy floral flavors of the farm’s culinary lavender along with wine pairings, a signature lavender cocktail, and local craft beer. And no need to worry about how you’ll get there because this package comes complete with round trip transportation from one location to and from the farm and each guest receives a gift bag of handmade lavender products from the Lavender Oaks Farm Shoppe.

Thank you, Lavender Oaks Farm and the Macdonalds! 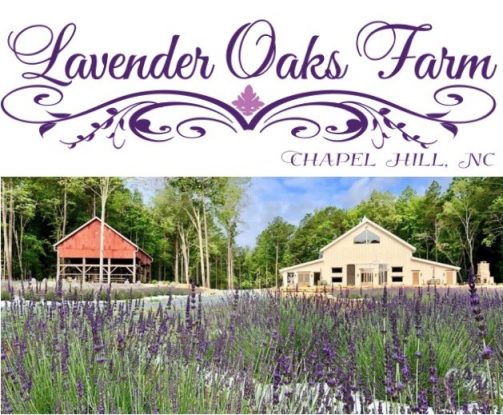 Grab a group of six and spend a day offshore fishing on the Skirt Chaser courtesy of the Lappins! You will depart off the coast of Oregon Inlet, NC on the Skirt Chaser at 5:30am for a full day of charter fishing. Boat returns at 5pm. The Skirt Chaser is a 55-foot sport fishing boat. And be ready to catch the big one in one of the Skirt Chaser’s three fighting chairs! Captain Barry and first mate Gunner are world class fishermen and provide an extremely professional experience.

Thank you, Mike and Allison Lappin! 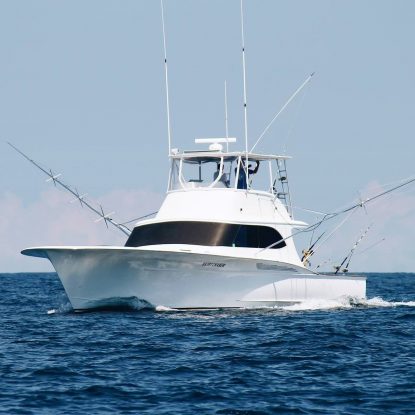 ITEM #3, “DIG IN WITH TRIPP” PODCAST WITH JUSTIN WILLIAMS

Be on the set during a podcast with Tripp Tracy and Justin Williams, live in the Williams’ basement.  Home of the Conn Smythe and 3 time Stanley Cup winner!!!

Cam Ward and Tim Gleason will be joining in as well with their Vineyard 36 wine from Napa.  Catering provided by Ruckus Scratch Kitchen.  For up to 6 guests.

Enjoy playing some bubble hockey with the champ himself too! 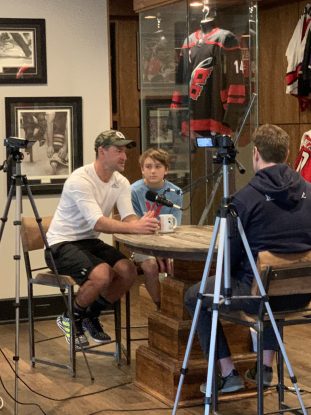 Spend a night in the kitchen with a James Beard and Emmy award-winning writer Matt Goulding, an author of more than 20 books, including the New York Times best-selling series Eat This, Not That. Matt has collaborated with some of the world’s best chefs and food personalities: he’s written cookbooks with chef and humanitarian Jose Andres; ran a media company with Anthony Bourdain; and is currently creating an Apple TV series with Rene Redzepi chef of Noma, the five time winner of the World’s 50 Best Restaurants list.

Guests will work with Matt to decide on a menu – from regional Italian to modern Japanese to a feast of tapas and paella – and then learn the kitchen secrets that will allow you to recreate the meal in your own kitchen. Dinner will be accompanied by a host of great wines and other adult beverages. Guests will go home with copies of Matt’s cookbook Vegetables Unleashed, signed by Matt and his coauthor Michelin-starred chef Jose Andres. Dinner is for up to 8 guests at Rex and Lora Goulding’s residence.

Matt is currently working with Emmy Award winning director Cary Fukunaga on writing and filming an Apple TV series. As a result, Matt will likely be out of the country for the foreseeable future, Rex and Lora will work with the winner on scheduling the dinner, but it is possible that Matt may not be available until next summer. 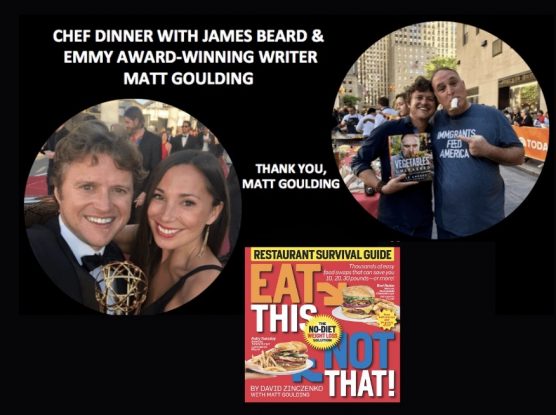 LET’S GO CANES!  Four tickets to a Carolina Hurricanes home game, including a zamboni ride and an autographed Slavin jersey.  You’ll get to meet Jaccob Slavin as well as the head coach Rod Brind’Amour. In addition, you’ll have an opportunity to visit the media booth with Tripp Tracy! 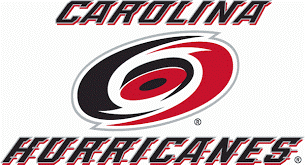 A fun night in Raleigh with Carolina Hurricanes Player Jordan Martinook and 10 friends on the Raleigh Trolley Pub Tour. It is a BYOB, pedal-powered, eco-friendly, pub-crawling trolley for 10-12 people at a time. The Trolley Pub is powered by YOU and your fellow peddlers, with an electric assist motor for hills. Two hours of fun that will last a lifetime!!  Date to be mutually agreed upon by both parties. 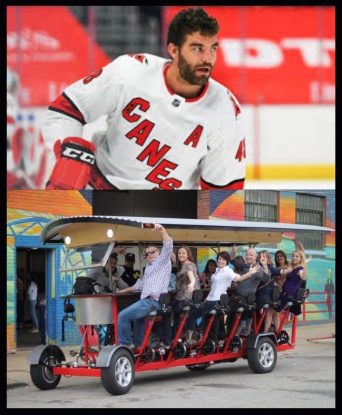 You and three guests can enjoy a memorable night out for dinner with Tripp Tracy and Andrei Svechnikov at Oro in downtown Raleigh. 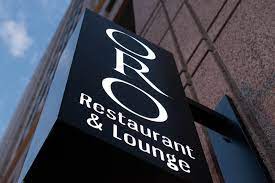